This app is suitable with Android 2.2 and higher versions of the working system. You can then set up the Bcmon app in your rooted Android phone and enable Monitor Mode on your Broadcom chipset that lets you crack the PIN. Another factor we’re beneficial that the Reaver app /rfa APk can also be installed before this app. Why we’re recommended Rfa apk / Reaver apk as a result of this software makes you ready to use the Bcmon app in a better way.

Many of us uninterested in attempting these fakes wifi hacking tips on the web however here we share with you examined and working tips to hack wifi password on with out rooting Android. Hackers can use many sorts of instruments to hack wifi at the superior degree, these high hacking apps for wifi are very useful. Let’s begin and attempt to hack wifi password on android. It is possible to hack a Wi-Fi password using Android device. However, it isn’t potential for all Android gadgets or Android working phones or tablets to crack WPS PIN which is essential to hack a Wi-Fi password.

And sometimes it will by no means profitable it depends on the community kind. Here we’re offering newest and one hundred% working trick to how to hack wifi internet connection. 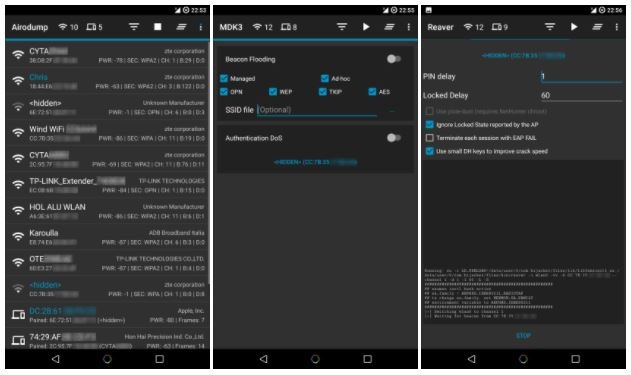 If it fails for a 3rd time, your system is most likely not supported.Your device should be rooted to be able to run bcmon. One of the most effective android internet visitors monitoring app which has been in use for a few years. This app is also utilized in hacking Wi-Fi and WPS routers. The Bcmon, one of many hacking app obtainable on the internet but for utilizing this app for hacking someone’s Wi-Fi you also want an app known as REAVER.

After installing the APK file, run the app. If it fails for the third time, your device is most probably not supported.Your gadget must be rooted so as to run bcmon.

In order to hack a Wi-Fi password, an Android cellphone or tablet should have a wireless chipset and most importantly, the device must be a rooted system. Bcmon is an amazing Android app that allows you to get into monitor mode so as to crack the WPS PIN. Bcmon is the best Android device that allows monitor mode on your Broadcom chipset. Bcmon app is used to allow monitor mode on your rooted android device. But this methodology is simply used for broadcom chipset supported android system. Bcmon means broadcom bcm4329/4330 wifi chipset.

For crack WEP permits wifi community to comply with below step-by-step course of. WPS (WiFi Protected Setup) is a regular wi-fi community security. The main function of this wireless protocol is to know wireless security. This security protocol is developed by Wifi Alliance in 2006 with the aim to make a fully safe wi-fi internet community. Android is a Linux Kernal based mostly working system so you possibly can simply unlock wifi passwords.

If you do not know which monitor mode, you can google, but it is not essential for the aim you are trying to obtain bcmon apk. And observe this, Hack WiFi Using Android Phone. ZAnti is another wifi password hacking software for android gadget.

Hacking others WIFI networks is a simple job through the use of the combination of Bcmon and Reaver. For youngsters hacking other WiFi password is enjoyable, and by doing this they can get access to another person’s WIFI community with out their consent.

AndroDumper apk is another greatest android utility which lets you hack wifi passwords on non rooted android system. For use, Andro Dumper android application follows under step by step course of. Bcmon apk obtain for Android is an Android software that lets you get the monitor mode.

Using ZAnti app you’ll be able to change the web site photographs on the wifi community. You can change google search outcome on the wifi community, Do session hijacking on the wifi community and you’ll check the IP address and MAC address of different related wifi customers device. WEP could be very weak wireless community security protocol. And is not any extra preferred protocol as a result of WEP isn’t safe than WPA and this protocol is hacked within a second. This technique can also be required rooted android system and Bcmon android app.

Run bcmon.After installing the APK file, run the app. If prompted, install the firmware and instruments. If it fails for a third time, your system is more than likely not supported. Your gadget must be rooted in order to run bcmon.

Bcmon just isn’t available on the Google Play Store app store market. Yet, you can obtain and set up Bcmonon your Android device using the APK file offered below. The current latest model of Bcmon APK is 1.zero which is of dimension 3.4MB.

Android is an working system based on Linux kernel, so virtually all such hacks and tricks are possible. But since an android system isn’t as highly effective as a standard PC, there are specific conditions and necessities to be glad so as to hack WiFi with it. There are lots of of fake apps and malware which claims to hack WiFi in seconds. Remember, there are one-click on WiFi Hacking apps. In Simple words, not each Android system can hack WiFi and in addition it might take hours or days for a successful hack.

But you need to very small requirements and follow certain steps. Most of the airtel broadband use Dlink routers and this router mostly hacked by a rooted android system. It is likely one of the most searched queries on the Internet -How to hack WiFi Using Android Mobile?

Bcmon is a multi-platform application which can be used on numerous platforms mainly and most commonly in android units, but it requires root privilege to carry out such type of task. Basically rooting your device means offering the access to the core actions of your cellphone to numerous kinds of application obtainable out there that requires root privilege to work.

This android utility is penetration testing android app. In ZAnti android app you’ll be able to alter the settings of your wifi network that’s web accessed by the wifi may be altered utilizing this android software.